Is it time to transfer some money?

Exchange Rates and the B word – Adam Chudley

Those who have used our services in the past will know what a kind and caring family company we are and we aren’t about to ruin that by getting into controversial political debate about Brexit. As an international mover and shipper, we always watch the currency markets with interest. 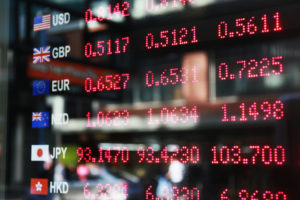 Since B-day in June 2016 the volatility in these markets has produced varying results. In the past few years the change in sterling against the dollar has been very advantageous for our American antique customer base. Many can buy antiques in the UK for at least 10% less than before the Brexit vote due to strength of the Dollar vs the Pound. For us as business we have seen an increase in charges from the shipping lines in that same period as traditionally container lines quote and charge in US Dollars. Material costs have also risen substantially due to much of the raw materials being imported.

Its also been interesting to speak to customers going to and from our biggest shipping destination, Cyprus. Some customers returning to the UK have done so due to a decrease in their household incomes as they are paid pensions in sterling and convert it to Euros. We have however seen a large increase in people moving from the UK to Cyprus in this time period so its clearly not affecting everyone.

On Tuesday evening MPs are scheduled to vote on the Brexit Bill and this could be the start of an interesting few weeks in UK politics. Our friends at Global Reach Partners have said they think this could bring about some instability in the sterling currency markets. Does that make it time to bring forward your currency exchange plans? If you are transferring smaller amounts for such things as holiday currency then the likelihood is a couple of percent change in exchange rates might cause frustration or a small bonus (depending on which way the change occurs) but won’t cause huge problems. If you are looking at transferring substantial amounts, for property as an example, then some consideration may be needed. Many of us are very unsure of the political outcome so predicting the currency outcome probably requires the same crystal ball.

There may however be an answer as specialist currency brokers can offer solutions that lower the risk such as locked exchange rates for a period of time. Our currency partners Global Reach Partners can advise and we recommend them due to their non pressured approach. Don’t forget exchanging with a currency partner will often provide savings of around 3% over transferring with your bank. If you want to find out more take a look at our currency page.

Ready for a quote?

Whether you are moving within the UK or interntionally, choose how to get a quote.

Give us a call we'll be able to arrange a home visit at a time that's covenient for you.

Fill in our 'Get a Moving Quote' form and a member of the team will contact you.

Send us an email with details about your move and we can organise a video survey where you'll receive a quote form the comfort of your own home.

Fill in our 'Get a Moving Quote' form and a member of the team will contact you.

Get a Moving Quote

Fill in the form below and a member of our team will be in contact with you.

Specialists in antique packing and shipping

We have 25 years experience in the safe shipping of antiques and fine art internationally.